The Argyll Collection is a remarkable testament to the efforts of Naomi Mitchison, T.G. Henderson and Jim Tyre to acquire works of art by notable artists for the education and enjoyment of the communities of Argyll and Bute. Whilst it is generally acknowledged as home to a fine collection of modern and contemporary Scottish art, the Argyll Collection is also significant for its incorporation of non-Western modern art, particularly from East Africa, a region that Mitchison frequented in the 1960s and 70s. In its inclusion of artists such as Samuel Ntiro and Jak Katarikawe, the holdings of the Argyll Collection offer an insight into the burgeoning modern art worlds of newly independent African nations. Indeed, Mitchison’s travels to countries such as Kenya, Tanzania, Zambia and Uganda coincided with their liberation from British colonial rule. The art that she collected in these countries’ major cities reflected the diverse interests and concerns of young artists working amidst major social and political change.

Mitchison wished for these interests and concerns to be visible to the young people of Argyll and Bute. She was keen, in particular, to highlight that, though many thousands of miles apart, newly independent African nations and the Scottish Highlands shared certain things in common. Both were regions of the world, Mitchison believed, that had undergone major societal tumult: the former with the emergence from British colonial rule and the latter through the Clearances and restructurings of the nineteenth century. Both East Africa and the Scottish Highlands, she asserted, were places in which traditional industries and historic heritages were rich and alive, but also in which newer national identities were taking precedence over longer standing regional or ethnic affiliations.

Between the mid-1960s and the later 1970s, Mitchison purchased at least fourteen different paintings and works on paper from major galleries and art schools in Dar Es Salaam, Nairobi, Lusaka and Kampala. The works range from Ntiro’s oil on canvas, Chopping Wood (1967), that characteristically documented collective, rural life amongst the Chagga people of Tanzania and Katarikawe’s suggestive wax crayon depiction of an embracing couple to Louis Mbuguni’s dreamlike nocturnal fishing scene, likely set on Lake Taganyika, and Henry Tayali’s bustling cross-section of urban life in Lusaka. Overall, the works that Mitchison collected for Argyll and Bute convey a rich diversity of modern art practice amongst young African artists; they challenge stereotypical images of the continent, require individual engagement and encourage a sense of affiliation between geographically far-removed places. 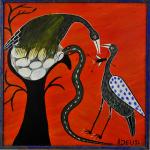 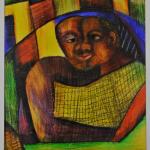 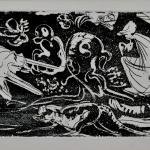 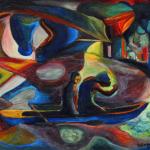 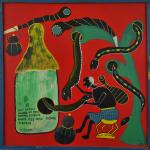 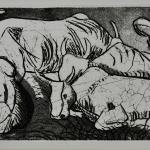 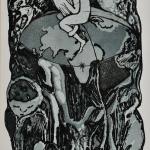 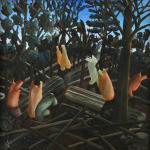 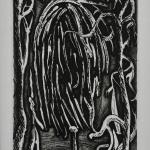 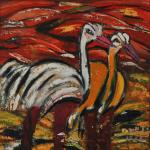 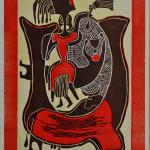 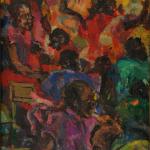