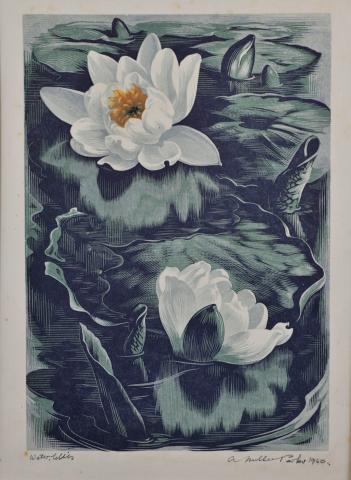 Agnes Miller Parker (born Irvine, 1895- 1980) studied and taught at Glasgow School of Art. She was known for her draughtsmanship and skillful sense of design. In the early 1930s she became well-known for her distinctive woodcut illustrations produced for the Gregynog Press in Wales. Her illustrations for Aesop s Fables were particularly celebrated, as were her sets of engravings for several Thomas Hardy novels made on the 1950s.