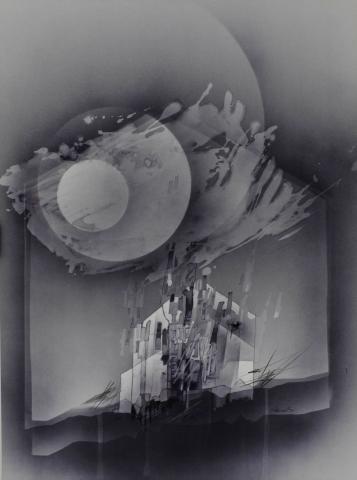 Robert Stewart (born Glasgow, 1924-1995) studied and taught at Glasgow School of Art. He was one of the design pioneers of the twentieth century. He was a prolific artist and designer, and produced paintings, textiles, tapestries, graphics, ceramics and murals. He became one of the most important textile designers in Britain during the 1950s, and designed for Liberty, Donald Brothers and the Edinburgh Tapestry Company.